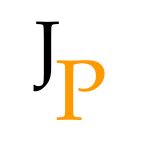 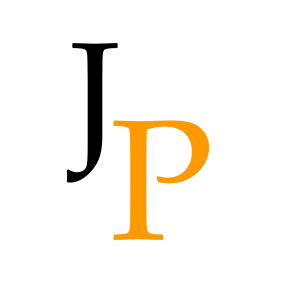 Jimena de la Frontera is a historic white village located only 35 kilometres from the Costa del Sol and Gibraltar. Located on the edge of the National park “Los Alcornocales” and at around 200 meters above sea level, Jimena is a surprising contrast to the coastal affluence of the nearby golf and polo belt in the exclusive area of Sotogrande.

At the top of the village, stands the glorious old Castle “Castillo de Jimena” and having been officially declared of Historical and Artistic Importance in 1983, the typical Andalusian architecture is now being carefully preserved. Some British, Scandinavians and other Europeans have chosen to settle there in the unspoiled Spanish countryside.

This gem of a village, has a chequered historical past, due to being inhabited over various periods by the Iberians, Phoenicians, Carthaginians and even the Romans, who made good use of the rich metal deposits found there. Around the year 750, it was of great commercial importance to the Moors, who also used it as a strategic military point. Over the centuries Jimena was conquered and re-conquered on many occasions and twice fell into the hands of the Christians, but by 1879, during the reign of Alfonso XII, Jimena was so highly considered that it was given the title of Cuidad (City). With a present population of approximately 9700 inhabitants, its narrow, cobbled streets and white washed Andalusian houses, it certainly retains its village ambience and is a delight to visit.

The countryside around Jimena is as beautiful as it is varied. There are several “cotos de caza” (game preserves) as well as rich forestland and mountains all around. Then there are the fertile valleys of the villages of San Pablo de Buceite and San Marti­n del Tesorillo, where orange groves and other agricultural activities, irrigated by the River Guadiaro, are important local industries in the area. From this description, you can begin to imagine how different it is from the manicured golf courses and grand villa gardens, less than 40 kilometres South on the coast. This village and its surrounding countryside is for nature lovers and those looking for relaxation, tranquillity but also activities such as; hiking, horseback riding, birdwatching etc..

The cobbled streets of the village are steep and narrow. While it is possible to drive up to the highest point and visit the castle, once the Moors vantage point (built on Roman ruins), better still is an unhurried 15-minute walk up through the little streets, taking in the village atmosphere. Then the views even more worthwhile! Take care in the colder winter months, when rain can make the steep streets slippery. Once in the castle enclosure, you have clear views down the valley and over the bay to Gibraltar and Algeciras.

As well as a visit to the castle, you cannot leave Jimena without trying some of the local gastronomic delights. Many of the dishes use the natural ingredients found in the surrounding forest, or from locally grown produce. Try local restaurants for; “Revuelto de esparragos” – asparagus in scrambled egg, and “Chantarella”, a type of wild mushroom. For something sweet, the “Piconate” is a specialty in Jimena and is of Arabic origins. It is an artisan product of the surrounding park, whose recipe has been handed down through decades. Ingredients include; olive oil, honey, almonds, cinnamon and orange peel. The stunning countryside, historic interest and natural beauty are just topped off with this delicious natural cuisine.